By Eastsider NewsApril 27, 2022No Comments 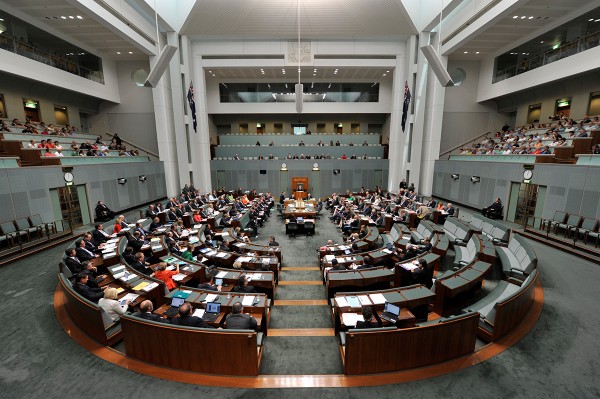 The accountability of ministers to parliament has a gaping hole.

Both major parties decline to allow ministerial staff to be questioned by parliamentary committees. Who then holds these staffers to account?  The Statement of Ministerial Standards states that ministers must accept responsibility for their staffers’ actions. But do they?

Critical to good governance, critical to the maintenance of the rule of law, are the mechanisms by which those who are entrusted with power are held accountable for the exercise of that power.  Increasingly, however, accountability mechanisms are seen to be deficient. This should alarm all who value responsible, ethical and honest government.

In theory ministers, who are part of the executive arm of government, are accountable to parliament. This includes through Question Time and the work of parliamentary committees. A report in March 2021 by the House of Representatives Standing Committee on Procedure highlighted significant deficiencies in Question Time and yet no action has been taken on its recommendations.

Ministers are also questioned by parliamentary committees. Their staff are not. Staffers were central to the making of grants for car parks under the Urban Congestion Fund.  As confirmed before the Senate Estimates Committee by an Executive Director of the Audit Office it was staffers in then-infrastructure minister Tudge’s office who had drawn up a list of (originally) 20 marginal seats. This was shared with a staffer in the Prime Minister’s Office.

In a press conference on 5 August 2021, Mr Tudge said he was “not aware” of the top-20 marginal seat list. Surely, pursuant to the Ministerial Standards it is incumbent upon the minister to make enquiries of his staff to ascertain whether the list identified by the ANAO does or did exist, by whom it was prepared and for what purpose was it used? Presumably he has not. Despite questioning, the Prime Minister has not directly answered whether he or his office had seen the list. He did, however, say seven times in two minutes that the grants for car parks were a decision of the minister. Required by Senate Estimates to produce the list, Minister Fletcher, now responsible for Infrastructure, declined on the basis that the list was a cabinet document.  If the document went to Cabinet, how is it that Mr Tudge was not aware of it? If decisions were made by the minister and not Cabinet, how is the list a cabinet document?

The community that entrusts governments with powers is entitled to have answers to these questions but this seems unlikely to occur when Senate Estimates cannot question the minister’s staff. The funding decisions may have been made lawfully and appropriately but we will never know. Too often the unseen actions of staffers provide a minister with an avenue for plausible deniability.  In this case it looks more like an implausible one.

The gaps evident in the chain of accountability mechanisms make the need for a federal integrity commission all the more urgent. It must be one with wide enough jurisdiction and powers to be able to call political staffers to answer questions. Perhaps then we can start to restore trust in government and protect the important role of the rule of law from further decay.

Julian Gardner, former Public Advocate and member of the Accountability Round Table.